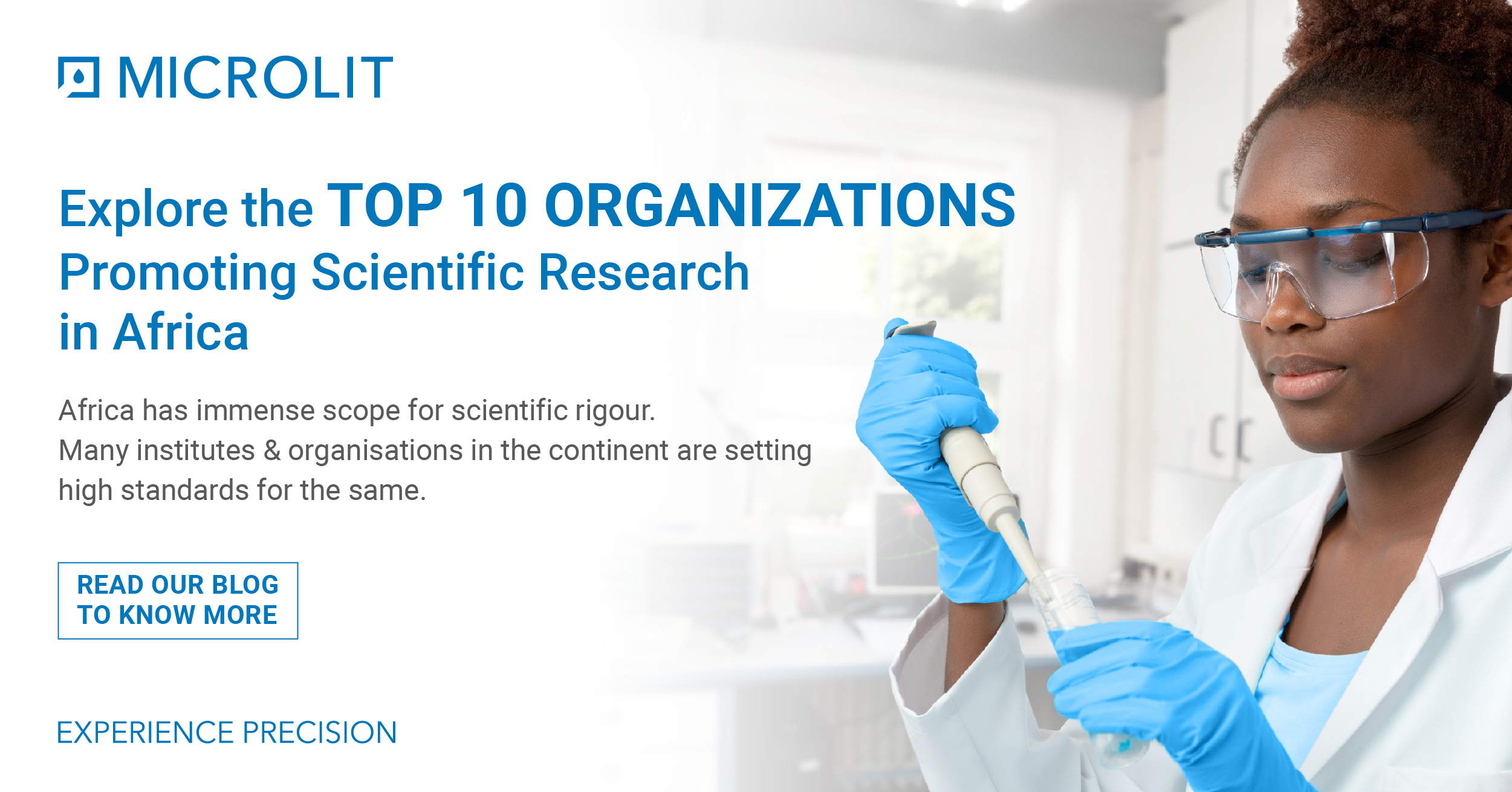 According to a report by the World Bank and Elsevier titled, A Decade of Development in Sub-Saharan African Science, Technology, Engineering and Mathematics Research, Sub-Saharan Africa has greatly increased both the quality and quantity of its research output from 2003 to 2012. The report also stated that Sub-Saharan Africa’s share of global research has increased from 0.44% to 0.72% during the decade examined.

Over the years, with gradual investment and development in research, Africa has established itself as a global player in astronomical research. A key example of the same is the Southern African Large Telescope (SALT) – the largest single optical telescope in the southern hemisphere. One of the largest telescopes in the world, it has helped a team of South African and international collaborators to discover a previously unknown major supercluster in the constellation Vela.

Let us learn more about the top 10 research institutes that have heavily invested in scientific research and accelerated development in Africa.

The Kenya Medical Research Institute was established in the year 1979. It has played an important role in fighting against malaria, HIV/AIDS, and other diseases in Kenya and Sub-Saharan Africa as a whole. They have various noted research programs such as the Non-Communicable Disease (NCD) Program, Natural Products Research & Drug Development (NAPREDA) Program, One Health Program, Biotechnology Program, and other programs focused on the betterment of health.

Headquartered in Egypt, the Academy of Scientific Research & Technology is a non-profit organization affiliated with the Ministry of Scientific Research. It was established in September 1971 and is home to many Egyptian scientists. It brings together great scientists and experts from universities, research institutes, the private sector, NGOs, policymakers and prominent Egyptian scientists to reflect on the country’s problems, propose and conduct scientific studies, and implement strategic solutions aimed at resolving the same.

The National Institute of Medical Research, founded in 1979, is the largest public health research institution in Tanzania. It was established under the Ministry of Health and primarily worked on developing methods and techniques to enhance disease management, prevention and control in the country.

The International Livestock Research Institute (ILRI) is situated in Nairobi, Kenya. It was conceived in 1994 by the merger of the International Livestock Centre for Africa and the International Laboratory for Research on Animal Diseases. ILRI’s research is directed at improving food and nutrition security through increased production and access to animal-source foods. The institute also aims to stimulate economic development and poverty reduction through enhanced livestock value chains and increased productivity along with improving human health through improved access to animal-source foods and a reduction in the burden of zoonotic and food-borne diseases, and managing the adaptation of livestock systems to climate change and mitigating the impact of livestock on the environment.

Founded in 1969, the South African Medical Research Council (SAMRC) is a member of the Innovative Vector Control Consortium. It is a parastatal medical research organization in South Africa and is headquartered in Cape Town. The SAMRC focuses on improving the health of the country’s population, through research, development and technology transfer, for people to enjoy a better quality of life. The organization’s research projects include a range of topics and subjects – tuberculosis, HIV/AIDS, cardiovascular and non-communicable diseases, gender and health, and alcohol and other drug abuse. The SAMRC aims to help strengthen the health systems of the country, in line with the objective of the Department of Health. The organization also identifies the key causes of deaths across South Africa.

The University of Pretoria was founded in 1908 and is known to have the most impactful and innovative research which addresses some of society’s most pressing concerns to transform lives and communities. The university partners with industry and governments to generate the possibility for team science and new networks, and industry-sponsored Research Chairs.

Cairo University, established in 1908, is a premier public university with its main campus in Giza. There are a wide number of studies carried out by the faculties at the university on the topics of science and engineering. The university is also the home to the 3 Nobel laureates.

9. University of the Witwatersrand

Situated in the city of Johannesburg, the University of the Witwatersrand was established in 1904. The history of the university is linked with mining, academic excellence as well as political and civic activism. Today, it actively engages in high-quality research in natural science, medical & health science, social science, humanities and engineering & technology.

The National Research Centre was established in 1956 and is known to be the largest multidisciplinary R&D centre in Egypt. The organization focuses on the fields of agriculture, chemistry, biology, engineering, genetics and medicine amongst the many other disciplines.