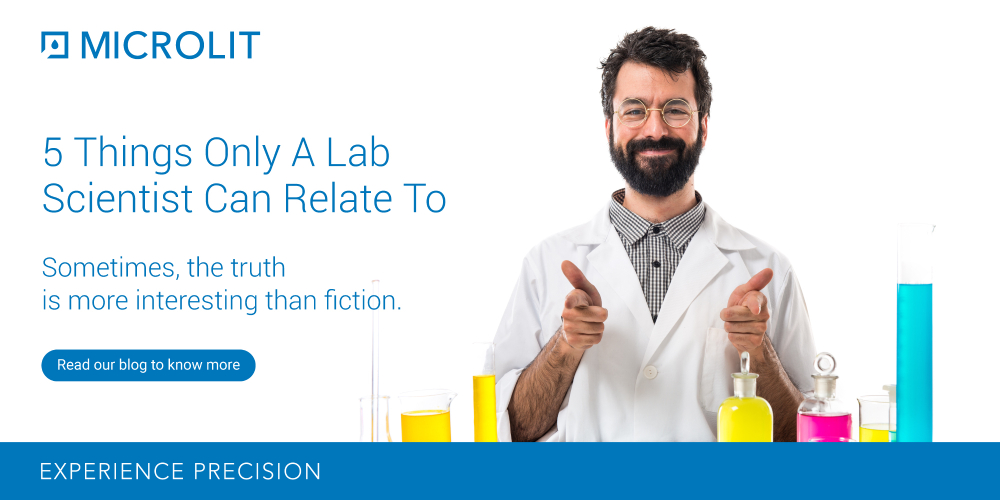 Scientists working in labs do not get the appreciation they deserve, as often as they should, though without them the world can’t function effectively. More often than not, non-scientists think that a lab is one of the most sterile and clean spaces one could ever work in, but is it easy to work with blood, human faeces, insects, and what not, every day?

On the outside, working with interesting lab equipment looks fun, it actually is, but at the same time, it’s a tedious job which requires 100% focus and unwavering devotion. But, non-scientists won’t really understand that, or will they?

In this article, we’ll discuss 5 things that only lab scientists can relate to and non-scientists should know.

5. Lab equipment is fragile and expensive

How exciting it is for scientists to work with multi-coloured chemicals and complex lab equipment, right? It is, but they also have to be extremely careful with every-single-thing. Lab equipment is expensive and fragile (read new-born-baby-fragile). You spoil one pipette by using the wrong chemical or break one because your motor skills are haywire, be ready to sell your belongings or lay down the carpet for your replacement.

4. Scientists may or may not know why an experiment failed

However philosophical it may sound, but every scientist swears by this – nothing is permanent. They may work on an experiment for weeks, months, years and it might be moving forward as expected but, one day, out of nowhere, it may just fail! And, this blow might send scientists into an overthinking spree, of the not-so-scientific kind; they may think, “I was wearing my beige lab coat that day. So, I’ll wear the same coat today to make the experiment successful.”

Television shows and movies are misleading, and often hilarious, especially when it comes to depicting lab experiments. Scientists don’t get their “eureka” moment every day. Yes, they conduct successful experiments but a breakthrough just doesn’t happen daily or even monthly. It takes a lifetime to work on something that actually makes a difference but, of course, that doesn’t mean that scientists can wait and do nothing.

Be common people or friends, non-scientists might not understand what a scientist’s typical lab routine is like. Their friend who’s working with an MNC might have “closed a deal” or another one working at a huge investment firm might have “made a huge profit” for their company, but a scientist doesn’t really have anything to share quite often because their experiments seem to be never-ending.

1. A scientist’s work is really dangerous.

Sure corporate jobs eat up their friend’s social life and that’s “killing them”, but a scientist can’t help but judge, even if it’s just slightly. Because, what they don’t know is that a scientist’s job can actually kill them! Working with dangerous chemicals day in and day out is no child’s play. Experiments with hydrofluoric acid (remember the iconic bathtub meltdown in Breaking Bad?), caustic chemicals and electronic instruments can really be deadly.

Scientists in labs are a mystery for many. One can mostly just assume what goes on behind those lab walls – Do they wear hazmat suits? Are they experimenting on aliens? There’s a whole lot of speculation but we do hope that now you have a clearer picture of some things that lab scientists actually go through. It might not be all fun and games but when a scientist starts an experiment from scratch and gets the desirable results, the satisfaction is heavenly. In that one moment, all hardships are forgotten.

What’s better than knowing that as scientists, one can ask questions about the world and the universe and more often than not, even answer them.