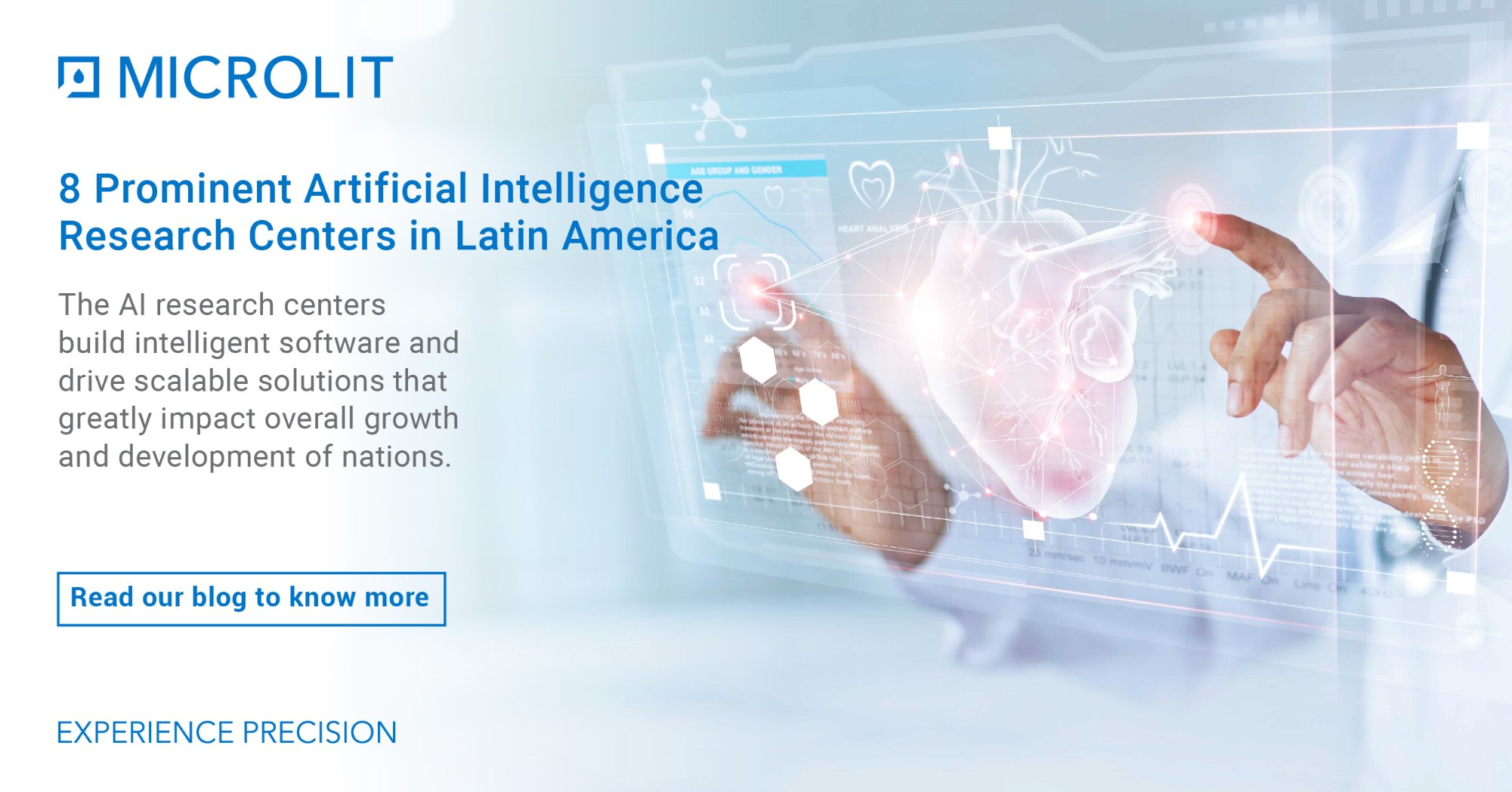 What is Artificial Intelligence (AI)?

In 1956, the term Artificial Intelligence was defined by John McCarthy. He defined AI as ‘The science and engineering of making intelligent machines.’

Artificial Intelligence can also be defined as the development of computer systems that are capable of performing tasks that require human intelligence, such as decision making, object detection, solving complex problems and so on. AI has accomplished this in the recent past by developing machines and robots used in various fields, including robotics, healthcare, business analytics, marketing, and much more. 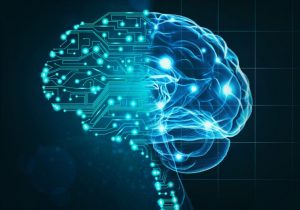 How does artificial intelligence (AI) work?

Using math and logic, a computer system simulates the reasoning that humans use to learn from new information and make decisions.

An artificially intelligent computer system makes predictions or takes actions based on patterns in existing data and can then learn from its errors to increase its accuracy. A mature AI processes new information extremely quickly and accurately, which makes it useful for complex scenarios such as self-driving cars, image recognition programs and virtual assistants.

Also known as Weak AI, ANI is the stage of Artificial Intelligence involving machines that can perform only a narrowly defined set of specific tasks. At this stage, the machine does not possess any thinking ability, it just performs a set of pre-defined functions.

Examples of Weak AI include Siri, Alexa, Self-driving cars, Alpha-Go, Sophia the humanoid and so on. Almost all the AI-based systems built till this date fall under the category of Weak AI. Also known as Strong AI, AGI is the stage in the evolution of Artificial Intelligence wherein machines will possess the ability to think and make decisions just like us humans.

There are currently no existing examples of Strong AI, however, it is believed that we will soon be able to create machines that are as smart as humans.

Artificial Super Intelligence is the stage of Artificial Intelligence when the capability of computers will surpass human beings. ASI is currently a hypothetical situation as depicted in movies and science fiction books, where machines have taken over the world.

I believe that machines are not very far from reaching this stage taking into considerations our current pace.

“The pace of progress in artificial intelligence (I’m not referring to narrow AI) is incredibly fast. Unless you have direct exposure to groups like Deepmind, you have no idea how fast—it is growing at a pace close to exponential. The risk of something seriously dangerous happening is in the five-year timeframe. 10 years at most.” — Elon Musk quoted.

The importance of artificial intelligence and its subsequent components have been known for quite a long time now. They are being looked upon as tools and techniques to make this world a better place.

Let’s explore the advantages of Artificial Intelligence with the following key points:

Machines don’t require frequent breaks and refreshments as like human beings. They can be programmed to work for long hours and are able to perform job continuously without getting bored/distracted/tired.

If you are using a smartphone, it indirectly means that you are enjoying the AI by knowingly or unknowingly. We have our lady Siri for iOS devices or Cortana for Windows devices to help us out. We prefer the help from GPS for the long drives and trips.

AI is widely deployed and utilized by the financial institutions and banking sectors to organize and manage data. Detection of fraud is one of the best advantages of artificial intelligence involvement in the smartcard-based system transactions.

Highly advanced organizations have implemented machines on behalf of humans to interact with their customers by using ‘avatars’. It is the digital assistants or replicas which will help to reduce the need for humans. 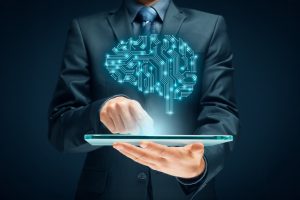 Repeated jobs are tedious in nature. Such jobs can be easily handled with the help of AI algorithms. These jobs don’t require much intelligence in between the process. Machines can think much faster than humans and can perform multi-tasking to obtain the best results.

One of the great advantages of Artificial Intelligence is utilized in the field of medicine. We can identify the numerous numbers of medical applications which rely on AI. Artificial surgery simulator is the great innovation part of the AI. Currently, we have software to detect and monitor neurological disorders in brain of patients. Radiosurgery is another example. It helps us to operate the tumors without damaging the unaffected surrounding tissues.

Artificial Intelligence and the science of robotics are the fascinating advancements in technological development. These complex machines can be utilized to overcome human limitations. They can perform difficult and dangerous tasks with great responsibility without any lag. Moreover, they do not wear out easily.

The advantage of using Artificial Intelligence helps us for error reduction and increasing the chance of reaching higher accuracy with a greater degree of precision. It can be applied in exploration of space.

Transportation: Although it could take a decade or more to perfect them, autonomous cars will one day ferry us from place to place. 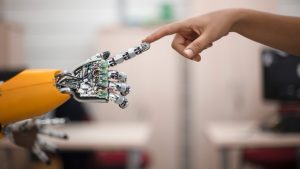 Education: Textbooks are digitized with the help of AI, early-stage virtual tutors assist human instructors and facial analysis gauges the emotions of students to help determine who’s struggling or bored and better tailor the experience to their individual needs.

Media: Journalism is harnessing AI, too, and will continue to benefit from it. Bloomberg uses Cyborg technology to help make quick sense of complex financial reports. The Associated Press employs the natural language abilities of Automated Insights to produce 3,700 earning reports stories per year — nearly four times more than in the recent past.

Customer Service: Last but hardly least, Google is working on an AI assistant that can place human-like calls to make appointments at, say, your neighbourhood hair salon. In addition to words, the system understands context and nuance.

Here are the eight prominent artificial intelligence research centers in Latin America that have established themselves and made revolutionary changes over the years.

Headquartered in Argentina, Amanda Care began to use AI recently in 2019 with a three-year sustainable development goal in health and wellness. Here is the research conducted by Amanda care –

Brief description of the project: This organization has a virtual assistant designed for monitoring large groups of people to prevent dangerous health illnesses. Similar to the work of a hospital assistant, it ensures that the patients are well-connected with their healthcare experts through messaging tools, including Facebook Messenger and Whatsapp. The software of Amanda Care uses technologies like machine learning for holding a natural conversation between the concerned parties.

The next on the list of Artificial Intelligence Research Centers in Latin America is DYMAXION Labs, headquartered in Argentina. This research center started to incorporate AI in 2018 and planned sustainable development goals.

Brief description of the project: DYMAXION Labs is currently involved in preparing, collecting and analyzing the satellite’s geographical data to support decision-making regarding the efficient usage of available resources such as internet of things (IoT) sensors. It helps to incorporate irregular human settlements into urban planning quickly. They use machine learning platforms, image recognition and AI-optimized hardware.

Incorporated in artificial intelligence technology in 2019, Laura is another leading Artificial Intelligence Research Center located in Argentina. It is one of the prestigious research centers in Latin America whose major purpose is to minimize the citizens and government gap.

Brief description of the project: This software promotes easy task automation in bureaucratic procedures and efficiently administers them. Verification of retirement contributions is a major task in the Social Security Federal Administration. It is a procedure that an employee needs to perform for starting the provincial retirement process. Laura, the software connects a potential beneficiary with the ANSES database to verify the actual pension situation.

Brief description of the project: One notable research of the Center for Scientific Studies was discovering a subglacial lake in West Antarctica. Later the lake was named “Lake CECs” to honour the institution.

Portal Telemedicine began to use AI in 2016 with the sustainable development goal. It is a popular AI research center in Brazil.

Brief description of the project: Telemedicine is a platform that promotes the access of affordable and quality healthcare facilities to general people. It uses machine learning algorithms for predicting medical diagnoses required for prioritizing medical attention in an emergency. This allows the heath experts to issue ten times more diagnoses every hour based upon tests.

DART is an artificial intelligence (AI) solution that has the goal of preventing the most common cause of sight loss and blindness in the working age population, diabetic retinopathy (DR). DART seeks to reduce the population´s blindness rates by improving access to preventive examination in order to detect the signs of the disease in its initial stages. It is based in Chile. In 2015, it started to use AI applications such as machine learning platforms, decision-making, cognitive work assistant, deep learning and image recognition.

Brief description of the project: Since diabetes is recognized as the major cause of sight loss among the working population, DART provides easy access to preventive exams for detecting signs of disease in its initial stages. It enables medical centers to send the patient’s retina to the DART platform. It is further analysed, discards negative cases and suggests the best recommendations. Till now, more than 250,000 patients have already been diagnosed.

U Planner is a popular Latin American company based in Chile that began to use AI technology in 2012. It started a project to impact higher education by providing access to thousands and millions of students who do not have the right opportunities.

Brief description of the project: U Planner suggests advanced AI solutions for easy management and operation of universities in different countries around the globe. It designs and develops models which allow easy reorganization of behavioural patterns and hence, address the issues faced in the educational sector.

Headquartered in Costa Rica, PARMA started to use AI in 2018. The HATCH system facilitates the easy detection of phenotype regulation networks.

Brief description of the project: PARMA developed an algorithm that performs the functional genomic analysis of all the cancerous cells to interface RNA to identify regulatory networks easily. AI applications used in the process are activation maps, machine learning platforms, deep convolutional networks.

How Artificial Intelligence is Transforming India and the World

Also, the country’s youth are highly motivated to join these centers and promote this technology in India. Here are some of the artificial intelligence centers in India which are working round the clock.

Artificial intelligence has emerged as a thriving technology in the past few years. As a result, several renowned educational institutes that provide specialization in this field have been established in the country. The AI research centers build intelligent software and drive scalable solutions that greatly impact the overall growth and development of the nation.